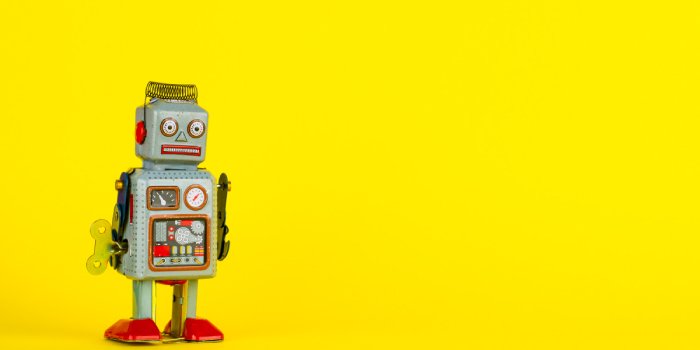 Chatbots can improve the customer experience

What is a chatbot?

We have all most likely used a chat bot or some type of Artificial Intelligence (AI) at one point in time. In our modern age, Siri, Alexa, Cortana or Google assistant have been incorporated into our daily lives through our mobile and household devices. They make mundane, tedious tasks such as finding a song on a playlist or looking up information about your favorite restaurant much easier. Now, hundreds of them are implemented in apps like Facebook, Slack or SMS messaging.

Chat bots are becoming more popular as businesses see the potential they have to boost response time and engagement. The purpose of a chat bot is to stimulate conversation or answer questions to a human via platforms such as the web and messenger apps.

The basic chat bot automates answers to simple questions that have been preprogrammed into its system. The more advanced bots use AI and natural language processing (NLP) to create the most human-like bots that can perform tasks, personalize messages and even keep a person company.

The development of chat bots isn’t a recent invention, but have actually been in the making since 1951 when Englishman Alan Turing created what we now know today as the “Turing Test.” At the time, Turing was working with the English to help decipher the German’s Enigma messages during World War II. He called it “The Imitation Game” which looked at machine intelligence. If a machine was unable to be picked as either human or computer, it was deemed “intelligent” because the computer must be a passable imitation of a human, hence the name “The Imitation Game.” There is actually an award-winning movie that showcases Turing’s journey during the process of cracking enigma if getting some entertainment is on your to-do list.

So how is the Turing test relevant today? Chat bots are trying to pass the Turing Test every year, but have yet to fully pass the test as recognizably human. Instead, chat bots have been winning Loebner Prizes, which Dr. Hugh Loebner introduced in 1991. He pledged $100,000 to the first contestant to pass the Turing Test. And so, the crickets keep on chirping and the bots keep winning small cash prizes for most human-like, but none have fooled us, yet.

There are many reasons why chat bots have been rising in popularity. The first one being artificial intelligence in machines have rapidly been making break through strides in advancement.

And of course, people like immediacy. They don’t like having to search for an answer, and they certainly don’t like having to wait for one. According to the 2017 Ubisend report, nearly 70% of people want instant answers to their questions and over one fifth (21%) see a chat bot as the easiest way to contact a company.

With the force of social messaging apps, digital marketing, and the demands from customers for more interpersonal relationships with a company, chat bots have the potential to provide all those needs.

A study of 7,000 people from this Salesforce report says that 80% of business buyers expect companies to respond to them in real time. For this report, Business-buyers self-identified as employees having purchasing power on behalf of B2B companies. Chat bots stand as a valid solution to companies that want to provide that experience for their consumer.

However, companies need to be careful when incorporating this technology into their business. Ubisend found that the majority of British consumers (68%) say ‘reaching the desired outcome’, closely followed by ‘ease of experience’ (48%) and speed (44%) are the most important factors for them.

As marketers or any company, we must ensure that the technology we use with our customers will make customers continue to use us. Expectantly, 70% of customers say that technology has made it easier than ever before to take their business elsewhere. The marketplace is quick, and customers don’t have time to deal with inconveniences.

Say you are on a clothing website, a chat bot pops up on the screen and asks to help you. Captured by attention and the idea of having a conversation, you decide to tell the chat bot to find a size small white shirt. And then a purple shirt appears in the messages. So, you tell it again. “Find a size small white shirt.” And again, a purple shirt appears on the screen.

Now, the buyer’s experience has been tainted and it potentially increases the chance for them not to return.

A few questions companies should ask themselves before adapting to a chat bot interface is:

Customer experience, known as CX, is critical for businesses. CX is your customers’ holistic perception of the experience with your business or brand. Customer...

With 380 websites created every minute, designing a memorable user experience (UX) is more important than ever. With shorter attention spans and the need for...

When it comes to business and revenue growth, the key isn’t gaining new customers; it’s improving customer loyalty and reducing churn. Focusing on customer retention, and...

Sign up for our monthly newsletter to stay notified on the latest Growl Connex events.